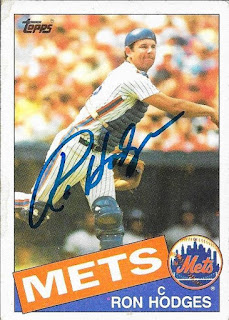 I received a TTM success on April 19 from former Met, Ron Hodges.  I got him back pretty quickly, as well (6 days).  I learned that, when I posted the success on my Instagram, he is related to one of the guys I trade with a lot.  That was pretty cool. 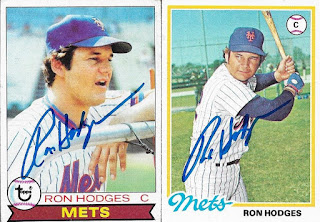