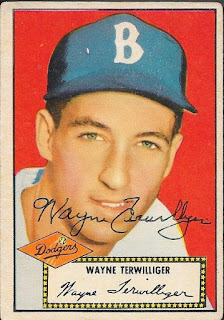 I got some more cards signed that had been picked up from the Columbia antique shop.  I got this awesome 1952 Topps, and the signature turned out great.  All of the 1952s that I got have all turned out really well.  I'm glad, since I paid a premium to pick them up! 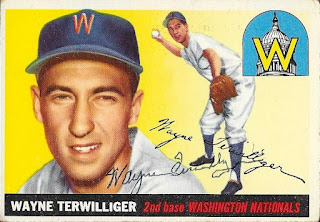 This 1955 also turned out nicely.  The real signature is the one across his shoulder. 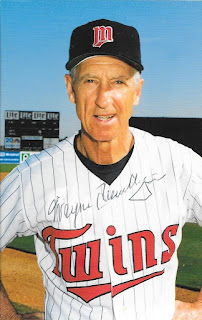 He also included this signed post card from when he was a coach with the Twins.  This was a nice addition from Mr. Terwilliger.

I mailed to Terwilliger on April 23 and got the cards back on May 3, for a 10-day TAT.
Posted by William Regenthal at 4:52 PM