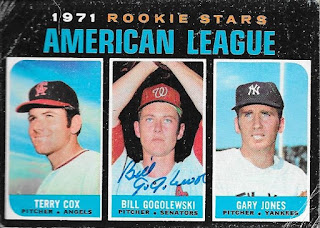 I added another player to my TTM success list when I got a few cards in from former pitcher, Bill Gogolewski.  One of the best "names" I have gotten so far, I was able to get his 1971 Topps rookie card signed. 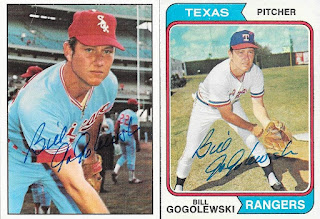 I mailed to Gogolewski on April 23 and got the cards back on April 30 for a 7-day TAT.
Posted by William Regenthal at 5:33 PM