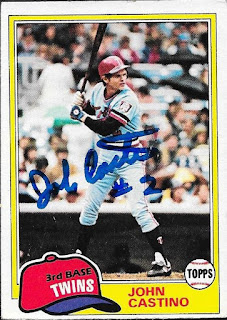 I got a few signed cards back from former player, John Castino.  I had found some of his cards in the 80s stuff that I picked up from the Columbia antique shop.  This 1981 Topps turned out really nice.  As I have said before, this set is a really nice one, yet is underrated. 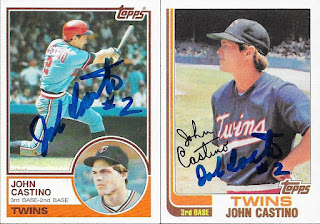