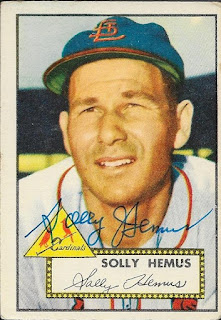 Some more signed cards that I picked up in Columbia came in when I got three from Solly Hemus.  I had picked up a 1952 Topps that looked really nice.  I now have 7 signed cards from that set, and they all look great. 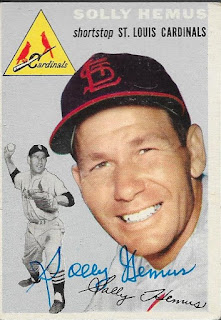 1954 Topps always looks nice, and Mr. Hemus's signature does, in fact, resemble the faux signature that was printed on the card. 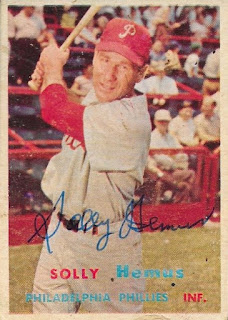 Finally, here is a really colorful 1957 Topps.  All of the red in the background of the card makes Hemus kind of blend in and a little difficult to see.  Regardless, it is still a pretty cool card!