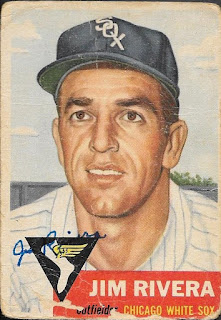 I added another nice TTM success recently when I got a few signed cards back from former outfielder, Jim Rivera.  I mailed to him on April 18 and got the cards back on April 28 for a 10-day TAT.

The cards I sent were more from my trip to Columbia, the top 1953 Topps was probably the worst conditioned card that I picked up.  Most hardcore collectors probably would have left it there since it was in that condition, but I thought it was perfect to send TTM.  It did turn out nicely. 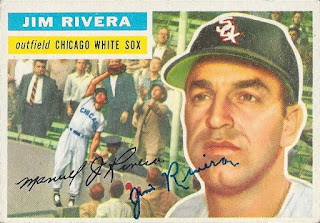 The background photo on this 1956 Topps is really cool, and even got a few comments on my Instagram post.  This is a pretty underrated set that I could probably put together rather quickly, as I have several stars already. 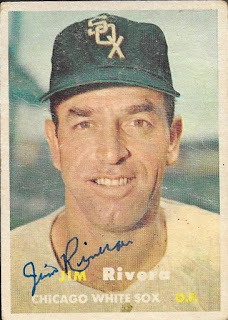 Finally, this 1957 Topps caps off the Rivera success.  This is another really nice set that loks great when signed.  I have added quite a few to my TTM/Auto project, and choosing which single card will represent the set will be tough.