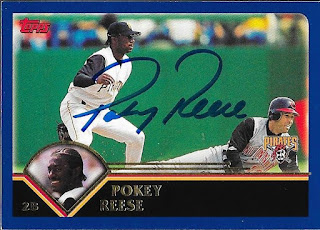 I was able to get several cards signed TTM from a player who retired more recently than most of the guys that I have sent to in Calvin "Pokey" Reese.  Reese has a really nice signature, as seen on the above 2003 Topps.  Actually, this 2003 Topps might be one of the best looking cards I have gotten back TTM.  It looks so awesome! 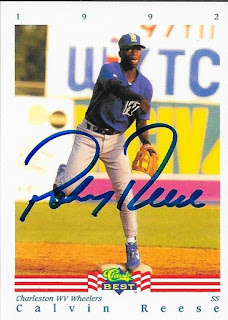 Reese ended up signing 6 cards for me, some of which will help me with my Topps Autograph project, and two others that I just thought would look nice signed.  The above 1992 Classic Minors card was one that I have had forever, probably since 1992, and I just had to include it in the TTM request.  It turned out really nice, and now I will have one of these in my album. 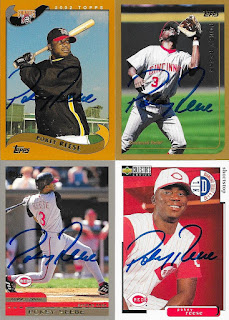