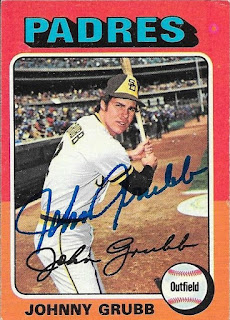 I received a nice TTM success recently from former big leaguer, Johnny Grubb.  I was able to get some really ncie cards signed, starting with this 1975 Topps that I got from my good friend, Max.  As of today, I have been able to get 13 of the 75s that Max gave me signed.  Thirteen different ones, that is. I have doubled up on a few and sent them along to Max, since he was nice enough to provide me with the cards, and since he does some nice 50/50s for me as well. 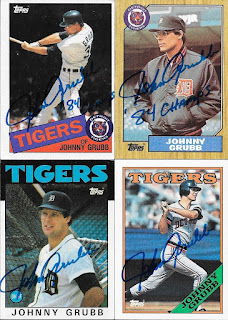