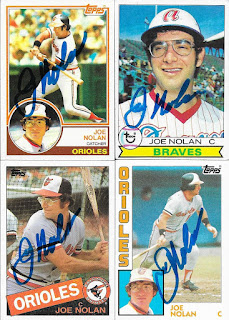 I'm really enjoying seeing all of these different versions of Topps come back in.  They all look cool, signed, and I'm having a lot of fun with this project.  I've gotten so many returns lately, it has been tough keeping up with the blog posts.  I'm definitely not complaining, though.  It seems like every day, now, I am getting stuff in the mail.  I'm really happy about that!