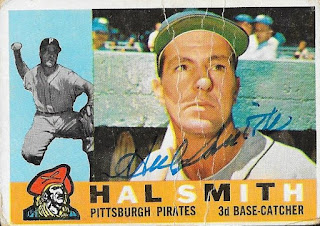 I received so many TTM successes last week, I'll be playing catch-up for a while.  One of the ones I got in on March 19 was from Hal Smith.  I sent to him in my initial mailing of vintage cards on March 11 and got them back 8 days later.  The 1960 was rough when I sent it, but it still turned out nice.  I need to find a few other 1960s to send to other folks so that this isn't my only one. 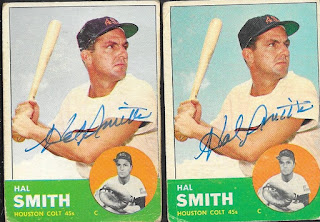 These 1963 Topps turned out great.  I found both of them in my box of vintage and figured that since I had two, I would go ahead and send both.  I'll probably donate the extra to one of my trading buddies or something.  We'll see.