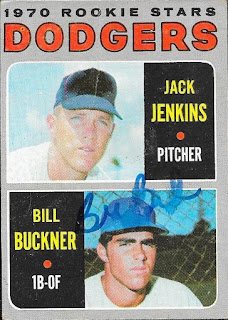 I got a realy cool TTM success on Saturday (3/12) when I received three signed cards from Bill Buckner.  I had this 1970 Topps rookie of Buckner floating around in one of my card show boxes for the longest time.  When I saw that he was signing TTM, I dug it out of the box and sent it on.  As you can see, the signature got smudged in transit back from Buckner, but it is still really cool that the card is signed.  It will go into my TTM/IP album, regardless, and that is much better than floating around a dime box. 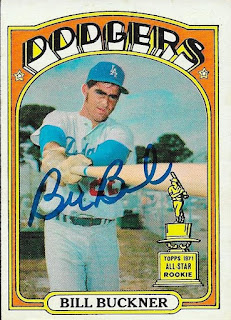 I had this 1972 Topps Buckner in my yet-to-be-started 1972 set.  I figured I could replace the card later on, so I grabbed this to send out as well.  I'm glad I did, because it looks awesome. 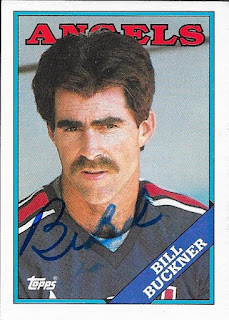