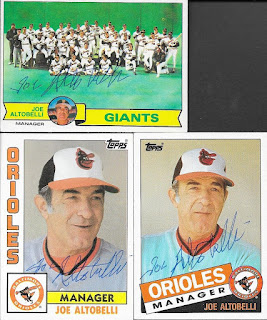 I received a TTM success on Monday (March 21) that I had sent out on March 12 (9-day TAT).  The signed cards were of former manager, Joe Altobelli, who helmed the Orioles to the 1983 World Series title.