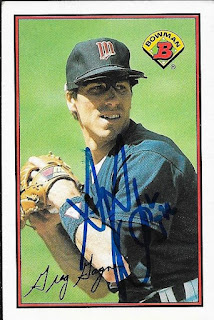 I got a huge TTM success back on Monday (March 7) when I got 5 cards signed by Greg Gagne.  I finally was able to put one of these 1989 Bowmans to use.  These cards are nice, since they are bigger than normal cards and were always hard to store.  I guess they were trying to bring back the essence of the pre-57 cards, but I'm glad they went and shrunk the cards for the 1990 set.  The card that I got signed, though, looks really cool. 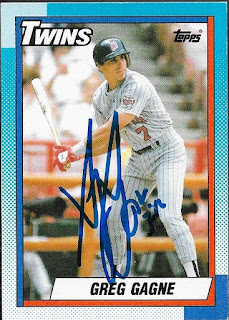 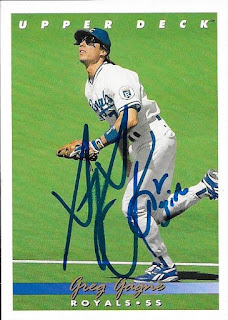 This 1993 Upper Deck looks really cool, too.  The blue sharpie again matches well with the colors of Gagne's uniform and also the color scheme of the card.  I doubt that was intentional on his part, but bravo to him anyway, it makes the card look really sharp. 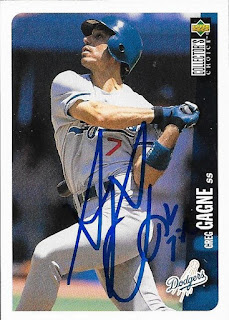 Ah, 1996 Collector's Choice.  These came out right when I got out of collecting cards for a while.  Still, it was cool to get one of them signed. 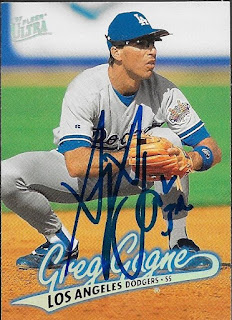 This 1997 Fleer Ultra tuned out really nice.  Borderless cards like this or Stadium Club really turn out great.  I don't feel like any of the cards I have sent turned out bad.  I just get excited when I get an autograph.  I think I would be excited if a player sent me a signed napkin.