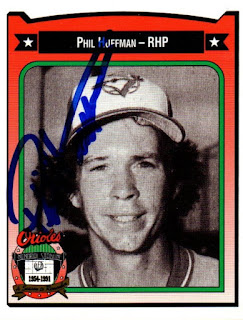 Another card has been pulled from my 1991 Orioles Crown set and signed TTM.  This card of Phil Huffman looks decent enough, even though they used a pretty bad photo of Huffman.  He doesn't even have an Orioles hat on in the photo.  This is because he only played 2 games as an Oriole in 1985. 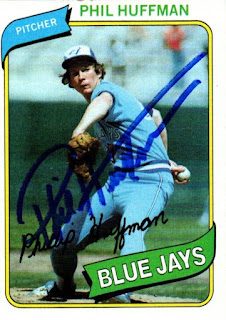 I also got this 1980 Topps signed, and it turned out great.

I mailed to Huffman on November 15 and got the cards back on December 14, for a 29-day TAT.

Posted by William Regenthal at 6:44 PM