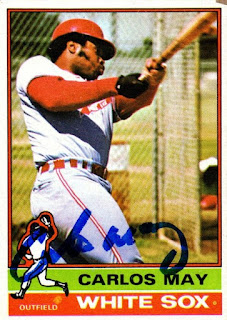 For some reason, I had an assortment of Carlos May cards all together on my desk.  I think it was because someone I know had asked for his cards in the past, but I can't remember.  I checked SCN and saw that May signed TTM, so I got a few of the cards and sent them out.  They all came back signed, and I got a few cards out of a stack from my desk. 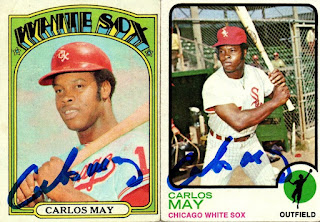 Posted by William Regenthal at 6:42 PM