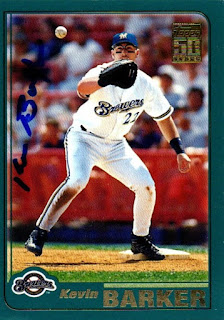 Here are a couple early 2000s cards that I was able to get signed TTM by Kevin Barker.  I had actually sent him three cards but he didn't sign my 1999 Bowman.  This 2001 Topps turned out nicely. 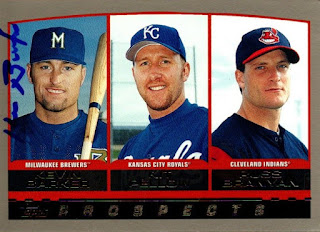 I liked getting this 2000 Topps signed at well. I have a bunch of 2000 Topps rookies in my boxes, so I was glad to get one out of there.

Posted by William Regenthal at 11:06 PM