A Bunch of Signed Cards From Gerard 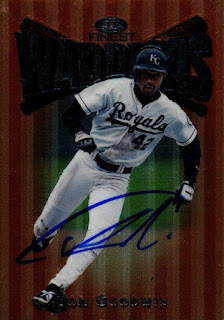 My good friend, Gerard, spends a lot of time helping me move cards out of my boxes, much like my friend, Max, does.  Gerard graphs the Red Sox sometimes, and also the Sox minor league teams in his area (AAA and AA), so he helps me get a bunch of card signed.  He got Tom Goodwin for me a while back, who is now no longer coaching for the Red Sox.  I'm glad I was able to send out the cards that I had, and Gerard got some nice ones for himself as part of a 50/50. 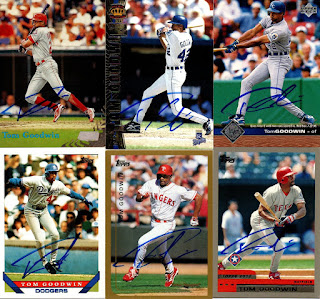 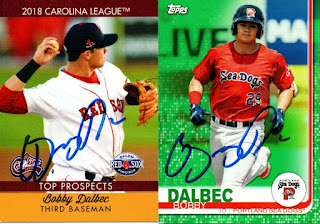 I was really happy that Gerard was able to get my 2018 Carolina League Top Prospects card and my 2019 Pro Debut green parallel signed by Bobby Dalbec.  I saw Dalbec play when the Salem Red Sox came through Kinston, and got Dalbec on a few cards, but he was gone by the time the Top Prospects card came out.  He has gotten increasingly tougher, so I was lucky that Gerard was able to hook me up. 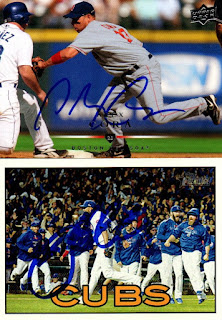 Thanks for all of the signatures, Gerard.  I hope we can knock out more cards in the 2022 season!