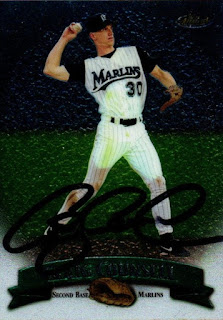 This 1998 Topps Finest that I got signed TTM by Brewers manager, Craig Counsell, turned out great.  The card was in one of the boxes I got from my former LCS, and was one of those that used to have the protective film on it.  The card looks sharp, and I am glad that I was finally able to get it back signed by Counsell. 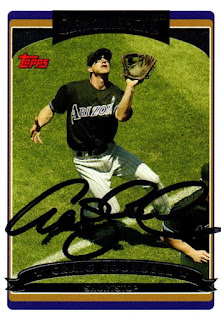 I had sent the TTM request to Brewers Spring Training and finally got the cards back, almost a year later.  This 2006 Topps was the second of the two cards that I sent.

Counsell has managed the Brewers since 2015, reaching the postseason in four of those seasons.  His overall managerial record is 529-479 (.525 win %).

I mailed to Counsell on February 9 and got the cards back on December 14, for a 308-day TAT.