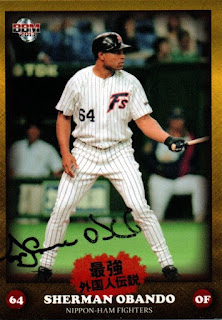 Here is a nice TTM success that saw me get my Japanese card that my good friend, Ryan, gave me signed.  I had this Sherman Obando Japanese card in my Orioles box for a long time, and finally checked to see if he signed, and found out that he did.  So, I sent the card out, along with the below 1993 Stadium Club.  Both cards turned out great, and I have rescued the Japanese card from my box and put it in a better spot in the autograph album. 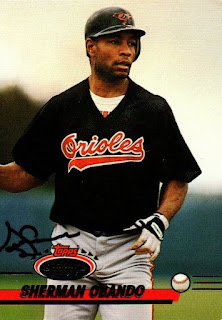 I mailed to Obando on October 15 and got the cards back on December 9, for a 55-day TAT.

Posted by William Regenthal at 9:56 PM