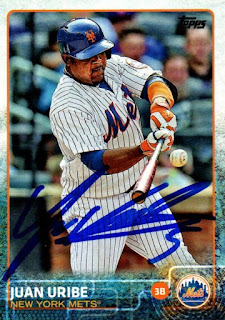 Max hit me up recently for an assortment of former and current players to find in my boxes for upcoming signings.  One of them was Juan Uribe.  I found him a bunch of cards, and he sent me a few back for my efforts, which I always appreciate. 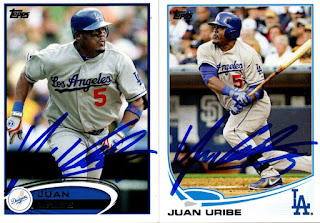 I love doing these player card searches for Max, and I'd like to take on a few more from some other folks, so that may be something that ends up happening.  Thanks, Max!

Posted by William Regenthal at 1:15 PM