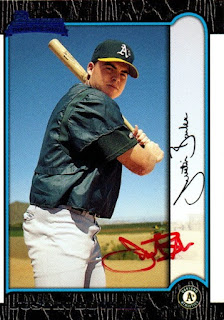 Here are some more 1999 Bowmans that I got signed TTM, this time from Justin Bowles.  The above base card scanned great, but the chrome and foil cards below didn't scan for crap.  That appears to be pretty normal for those, so I just deal with it. 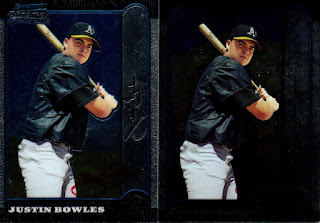 The cards look nice in person, and will be just fine in my album.

I mailed to Bowles on October 12 and got the cards back on November 6, for a 25-day TAT.

Posted by William Regenthal at 10:18 PM