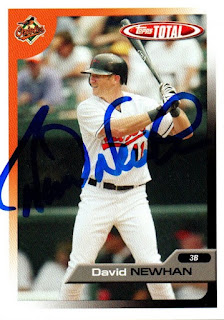 All of a sudden, I've added several Topps Total cards to my autograph album, when I previously had none.  I busted packs of Topps Total a while back, but the cards seem to have disappeared.  I probably either gave them away or sold the lot at a show or something.  Anyway, I added another Topps Total card to my album with this TTM success from former Oriole, David Newhan. 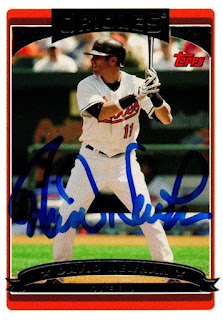 I also added this 2006 Topps, which turned out great.  2006 is an underrated set, and I think, at some point, I'm going to find the Alex Gordon card and add it to my completed set.  I've seen them around, but I haven't been too serious about looking for them.

Posted by William Regenthal at 10:45 PM