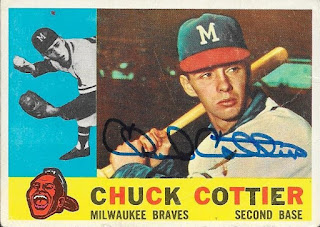 I picked up some nice vintage cards of Chuck Cottier at a recent show in Raleigh after I had seen that he signed TTM.  The above 1960 Topps turned out great, I think.  I'm pretty sure the three vintage cards I got (1960, 1961 and 1963) were in a dollar box. 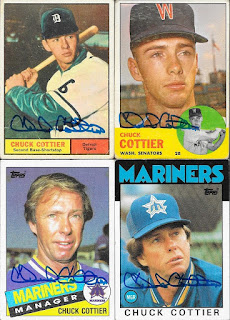 Posted by William Regenthal at 9:38 AM