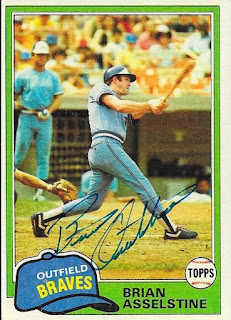 I added some nice early 80s cards to my album with this TTM success from Brian Asselstine.  The above 1981 Topps turned out really well.  It has a good action shot on it. 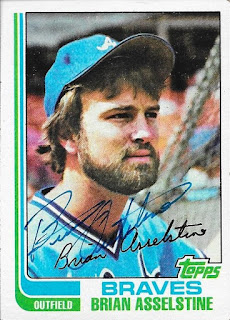 I also got this 1982 Topps signed, and it also looks nice.  Asselstine is rocking a nice beard, but not as good as mine!