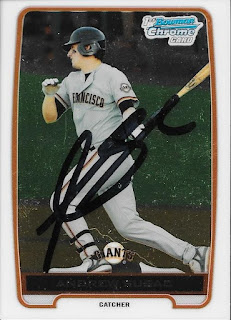 I had seen that Andrew Susac had been signing sporadically, so I took some cards I had missed getting signed when he was in the Orioles organization and sent them TTM. 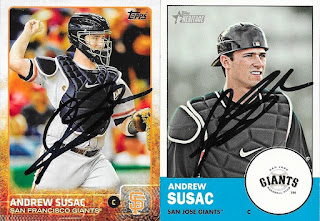 I mailed to Susac on September 28 and got the cards back on October 9, for an 11-day TAT.