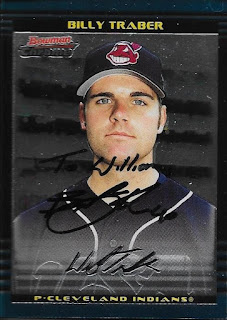 Here are some early-to-mid 2000s cards I was able to add to my album when I received this TTM success from Billy Traber.  He inscribed both of the cards "To William", which is fine with me.  The above 2002 Bowman Chrome looks really nice in person.  2002 was a cool design for Bowman, I think. 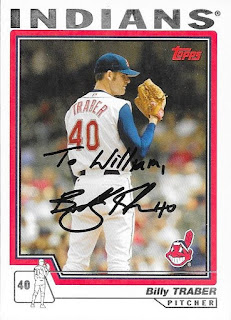 The other card that Traber signed was this 2004 Topps.  I got a ton of 04 bulk because my LCS was busting old complete factory sets and getting rid of the base cards.  I gladly took 2002, 2003 and 2004 sets off of their hands when they were doing this.

Posted by William Regenthal at 10:04 PM