Christmas Gift From Gerard - 15 Signed 1987 Topps For The Set 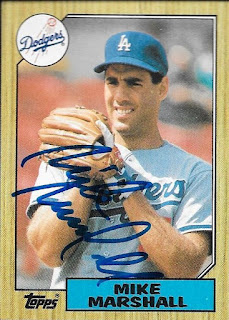 Gerard's Christmas gift came in today.  I didn't mind, because it extends the Christmas feeling a bit longer, and he had already told me that there were a bunch of signed 1987 Topps cards headed my way.  I was blown away when I opened the package, though, because Gerard went above and beyond and expectation I may have had for his package. 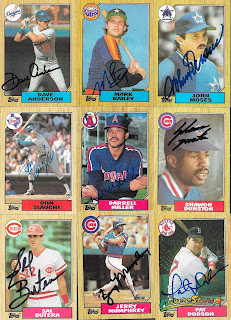 Gerard is one of two people who have been very focused on helping me complete this set (Max being the other one).  I have had help from a lot of other people along the way, too, but these two guys have been very aggressive in helping me cross people off of my list. 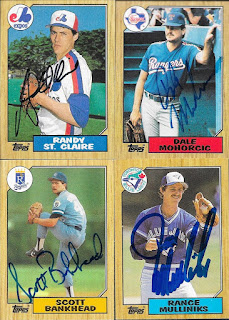 It's really funny, actually, that so many folks have been wanting to work with me on trying to get as close to completion as I can be on this thing.  I think that has made it that much more special. 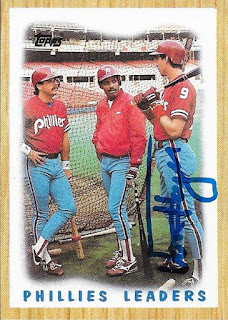 I now have 650 of the 792 cards in the set signed.  I haven't (and probably won't be able to) completed all of the team leaders cards, but surprisingly, I have completed a good many of them just over the last couple of months.  I intend to keep pushing for those, as well, but for all intents and purposes, I add to my tally once some ink is applied to any of the cards.  Some of the leaders cards have deceased players on them now, and those will be very hard to complete.  Those are some things I can focus on after I whittle the list down even further.

Thank you so much, Gerard, for this amazing gift.  I sincerely appreciate your friendship.  I also want to thank everyone who has so far helped me with this set.

Posted by William Regenthal at 4:07 PM