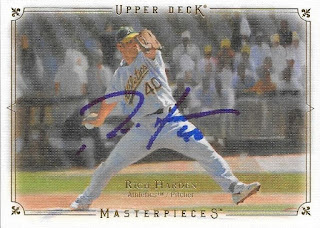 I was really excited when I saw that Rich Harden signed TTM.  I had a ton of his cards, and he didn't seem to really have much of a limit of what he would sign, so I sent 5 cards along.  The above 2008 Masterpieces really turned out well.  I always enjoy Topps, but Upper Deck did have some great offerings, and Masterpieces was one of them. 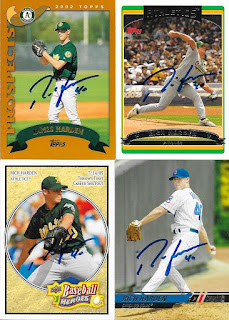 Posted by William Regenthal at 1:16 AM