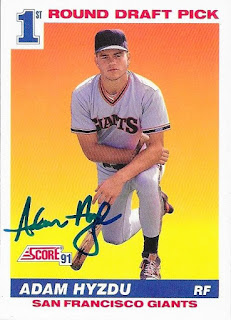 I had seen that Adam Hyzdu signed TTM and I had this 1991 Score all ready to go, then I saw that he was also in 2003 Topps, so I sent that along as well.  The above 91 Score looks great, I think. 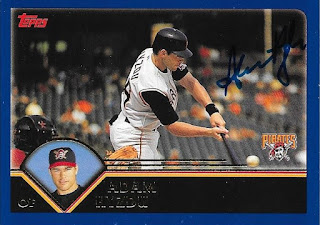 I also really liked this 2003 Topps.  That's quite a span of years in cards.

Posted by William Regenthal at 11:46 AM

I remember seeing Adam play while he was with the San Jose Giants back in the early 90's.