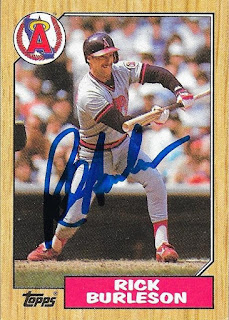 I had seen that Rick Burleson rarely signed TTM when I was going through my checklist last year.  Luckily, a private signing popped up on SCN and I was able to get my 1987 Topps and my 1991 Crown Orioles signed. 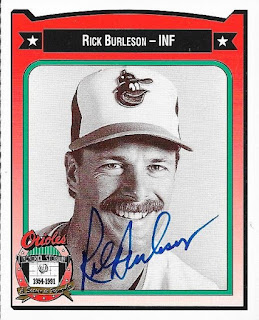 I mailed to the private signing on September 1 and got the cards back on October 9, for a 38-day TAT.

Posted by William Regenthal at 10:57 PM