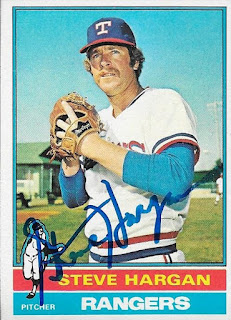 I liked these two cards that I gt back from Steve Hargan TTM.  1976 Topps might seem like a plain set, but really, it is very colorful.  Yes, compared to the trippy 1975 and out there 1972 offerings, 76 can seem a bit ordinary.  The cards really pop when scanned, and it is a pretty decent set. I have a bunch, still, and want to try to get some more out of my box and scanned. 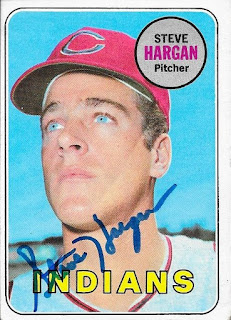 On the other hand, yes, 1969 Topps is pretty plain.  The colors are a bit duller, but it can be a sharp set, depending on the cards.  They do look really nice when signed, too.

Posted by William Regenthal at 5:32 PM