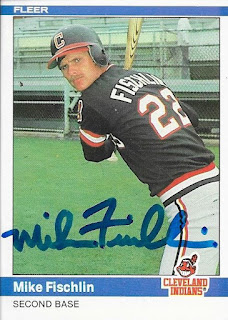 I've got to get a whole bunch of stuff posted before I leave for the National, or I am going to be so far behind, I won't know what to do.  So, here is a TTM success from Mike Fischlin that got me this cool 1984 Fleer signed, and an 87 for my set. 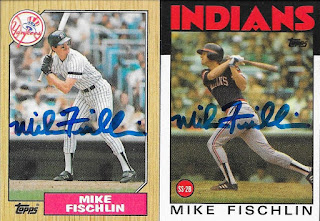 The 87 turned out really nice, and I can't forget the 1986 beside it.  I still can't believe the prices that some of the 1986 boxes are going for now.  I had bought a bunch for $5 back when I got back into collecting.  People are getting them and grading them for some reason.

I mailed to Fischlin on March 30 and got the cards back on April 12 for a 13-day TAT.
Posted by William Regenthal at 6:30 AM