Another TTM Success From Tony LaRussa 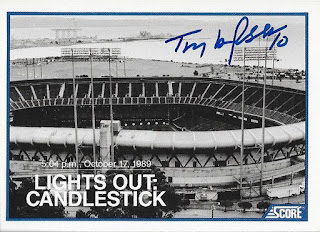 I needed Tony LaRussa on a second 1987 Topps card, so I decided to send to him TTM a second time.  This time around, in addition to the 1987, I sent him the above 1990 Score depicting the 1989 World Series Earthquake.  I thought the card was really cool, and figured LaRussa would be someone good to get on it. 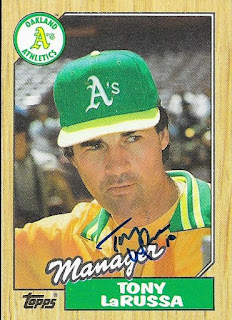