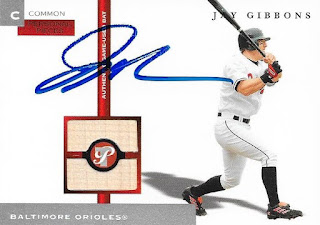 My friend, Michael, visited last month, and during his visit, we made a deal for some signed cards.  I have a surplus of IP autos that I have gotten, and was able to turn those into some nice cards for my album.  I don't have many relic cards in my album, so I wanted to take this Jay Gibbons off of his hands.

I added a few more 2018 Topps to the album with these three horizontal cards.  They all look really nice. 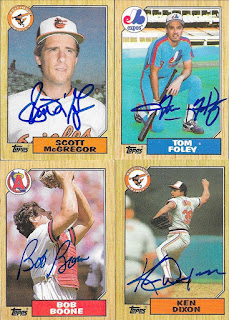 Michael was also nice enough to help me with my 1987 set.  I needed three of the four cards; I later found out that I had McGregor, but I will keep it anyway. 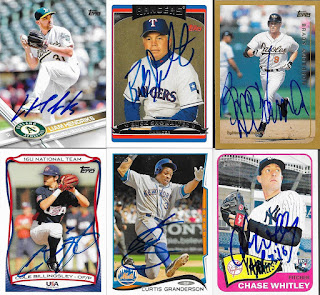 Finally, I was able to choose some random cards of his, and chose these six.  I thought they all looked nice, and some helped with various Topps years.

Thanks for the deal, Michael!
Posted by William Regenthal at 6:17 PM