Day 3 of the Texas Trip - Reunited With Some Wood Ducks 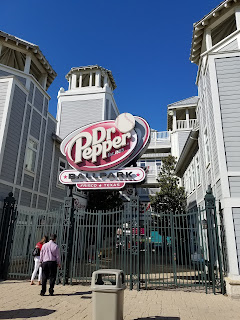 The third day in Texas with Chris brought us to Dr. Pepper Ballpark, home of the Frisco Roughriders.  We were there to see where the Wood Ducks players go when they move up to Double A.

We got to the ballpark early, then met up with my friend, Ethan, and bought his lunch.  Chris and I weren't hungry, since we had eaten at our first Brazilian steakhouse earlier that day. 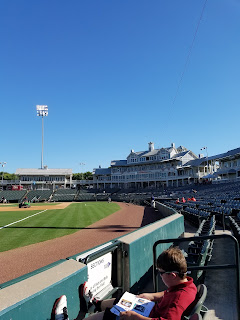 All of the pictures I had seen on Dr. Pepper Ballpark showed me that it was a really beautiful place.  I wasn't disappointed, as it definitely was one of the nicest looking parks I have ever been to. 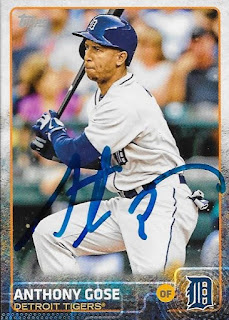 While we were there, my friend, Sam, met us and graphed with us for a bit.  He actually helped Chris and I get a few Anthony Gose cards signed, since Gose only signs one per. 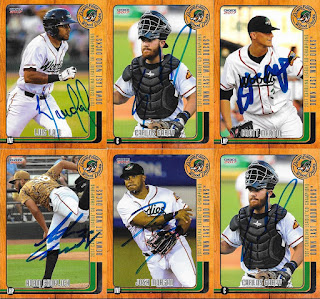 We also were able to get cards signed by some of the former Wood Ducks on out team set.  Josh Morgan, Brett Martin, Anthony Gose, Adam Choplick, CD Pelham, Jonathan Hernandez and Edgar Arredondo all remembered us. 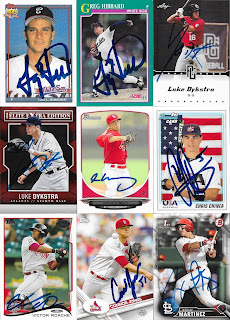 I took a few 50/50s for Gerard for the Roughriders and their opponent, the Springfield Cardinals.  I was especially happy to get the 2010 Bowman USA 18U card signed by Chris Chinea.  I picked those cards up from a dime box at the 2012 National. 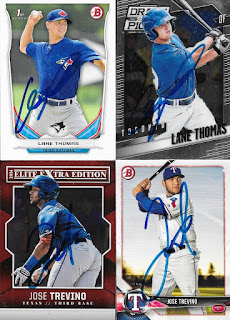 I got most of these cards from Gerard for the 50/50.  I think one of the Lane Thomas cards was mine, but I'm not even sure now. 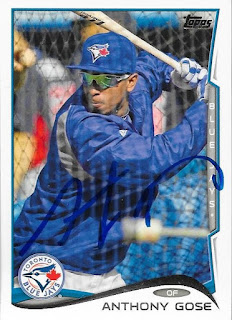 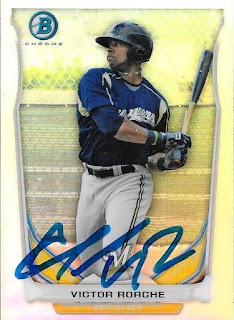 This Victor Roache card was actually mine.  I foundit fairly quickly when I was looking through my box. 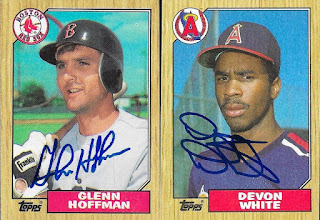 I also met up with fellow Instagrammer, John, who I had done 50/50s with earlier in the year.  He hooked me up with two 1987 Topps that I needed for my set.

This was our last baseball day of the trip.  We spent the next day hanging out at Dinosaur Valley State Park in Glen Rose, Texas, and returned home that Saturday.
Posted by William Regenthal at 8:41 PM