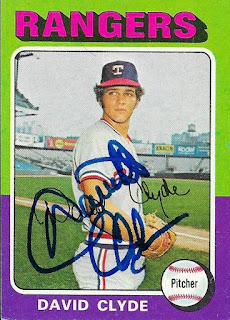 1975 Topps is always a fun set to see come back signed.  This David Clyde card looks really sharp, even though it has some freaky colors on it.  The purple and green is definitely an odd combination, but the card does look cool. 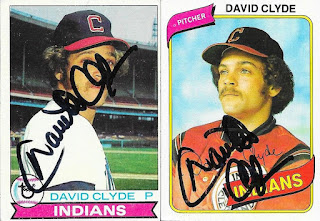 Not as impressive were his 1979 and 1980 offerings.  I mean, they are nice cards and all, but they just don't compare to the wildness of the 75.