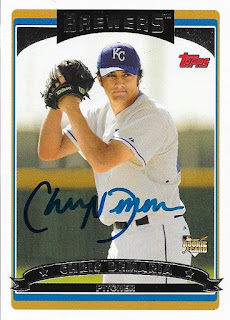 I added a few more recent cards to my album with this TTM success from Chris Demaria.  I was disappointed, though, that he kept my 2006 Topps Chrome and 2006 Topps Opening Day, and swapped me out for the two Upper Deck below. 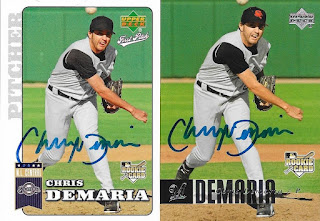 Not that they're bad cards by any means, I just would have rather had my Chrome.