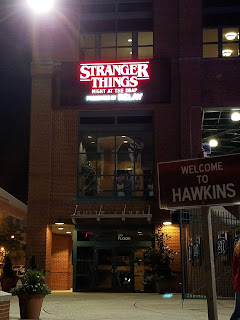 One of the things I like the most about the minor leagues is that teams do a great job on promotions.  I was looking forward to Stranger Things Night at DBAP ever since I heard that it was a thing.  I fell in love with the Netflix show, and was really glad I made it to the game. 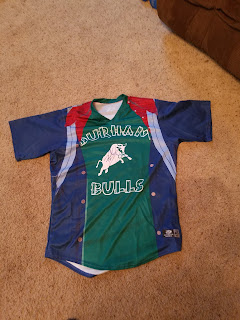 I was really happy that they were going to have specialty jerseys for the game based off of the character, Dustin.  The jerseys are really cool, and I made sure to come home with one. 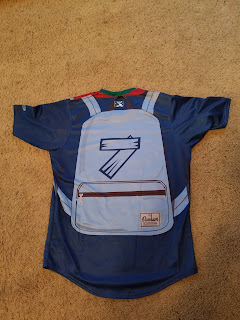 The jersey I got was of former Orioles first round pick, Brandon Snyder.  Of all the Bulls players I could have gotten, Snyder was the one I really wanted to get.  I plan on hanging it up with the rest of my game used jerseys. 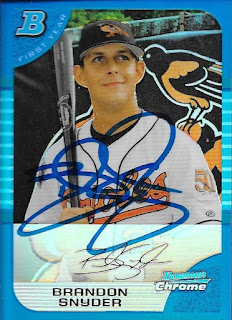 It was really cool seeing Snyder in person again.  I picked this 2005 Bowman at the Chantilly show in April since I figured I would see Snyder sometime.  The card turned out great, I think.  I pre-prepped it with baby powder before I went to the game. 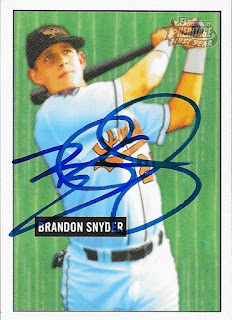 This 2005 Bowman Heritage also turned out so nice.  Snyder has a great signature, and it shows here. 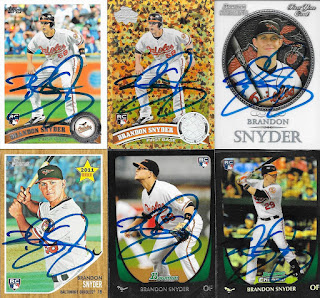 Here are the rest of the Snyder cards that I got done.  Chris was down on the field saying "play ball" again, so I was happy to be able to get the extras done. 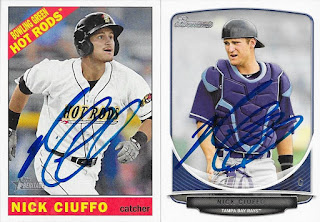 I was also happy that I got these two Nick Ciuffo cards out of my box and get them signed.  He was really nice. 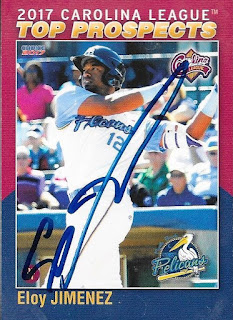 Eloy Jimenez only signed for kids, and did this one for Chris.  We were glad to get this one done from our Carolina League Top Prospects set. 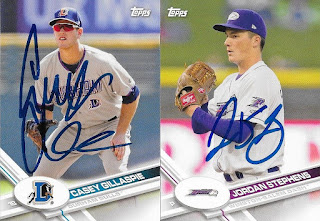 Outside the stadium, I was able to get these two cards from 2017 Pro Debut signed by Casey Gillaspie and Jordan Stephens.

I really enjoyed the theme night, and was glad I could spend it with Mal, Chris, and my friend, Jackson.
Posted by William Regenthal at 10:05 PM