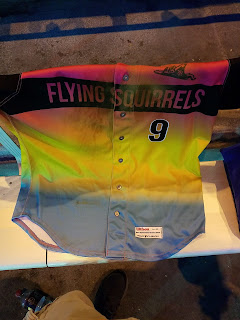 Since the Wood Ducks were out of town last weekend, I decided to take Chris to see my friend, Ryan, in Richmond and graph the Flying Squirrels.  I found out that it was a specialty jersey day, and I hadn't been able to get one of those since the July 4, 2011 game in Kinston.  So, I was hoping  could come away with a jersey.  I did, and it ended up being the jersey of former Wood Duck, Matt Lipka. 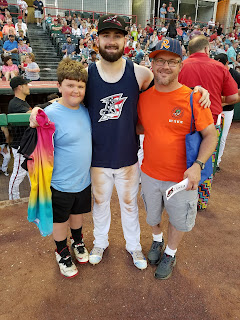 Lipka was very happy to see that Chris and I were the ones who won his jersey.  He remembered us from last season.  He gave Chris and I hugs, shook our hands and asked Chris if he remembered him.  We stood on the field talking with him for a good 10-15 minutes post-game.  It was really awesome catching back up with him. 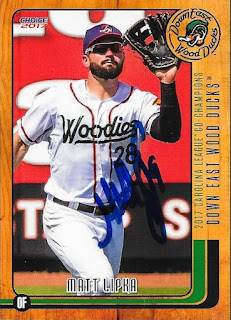 I was also able to get this Wood Ducks team card signed pre-game.  I don't have many unsigned team cards left, so I feel like I have done pretty well this season. 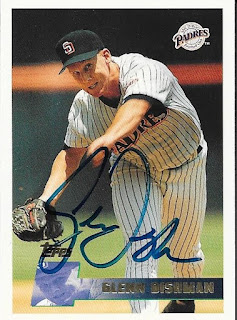 I was also able to add a 1996 Topps to the album.  I had bought a box of 1996 Topps, just so I could have some bulk to send out for TTMs.  Unfortunately, not too many have come back since I bought the box, but I'm hoping some will. 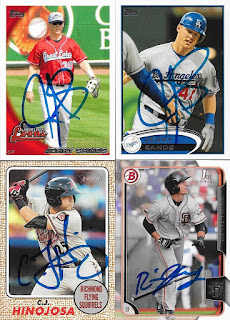 I also got these cards done.  The 2010 Pro Debut Jerry Sands has been floating around my card boxes for the last 8 years.  Since he is from NC, I have been wanting to add his auto, and I was finally able to get him taken care of.

We had a really good time at the game.  The Diamond was packed for the post-4th of July festivities.
Posted by William Regenthal at 5:00 PM