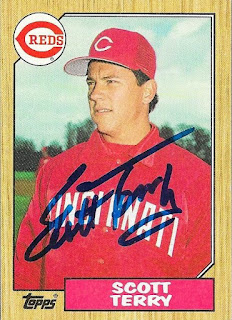 Another card for the 1987 set came in with this TTM success from Scott Terry.  I had send to him back in 2016, but never got my cards back.  I suspect that I sent to a wrong address, but nothing was ever returned.