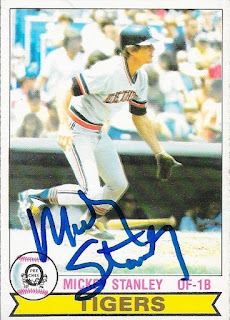 This TTM success from Mickey Stanley was cool because I was able to get this 1979 O Pee Chee signed.  I don't know where it came from, but it looks cool. 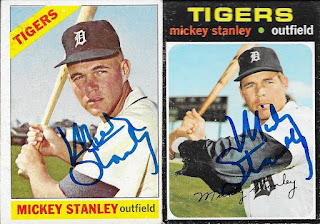 I also got these two Topps cards signed in the TTM.