Another TTM Success From Paul Zuvella 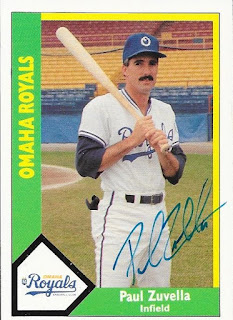 Back in June 2016, I received a TTM success from Paul Zuvella on a 1986 Topps Traded.  I failed to look for any other cards of his, so I missed out on sending a 1987 Topps.  Since I needed him for my set, I sent to him again.  This time, I included a few other cards.

The above 1990 CMC AAA was in the minors box from Mom.  It's always nice to get some of those taken care of, since I have so many. 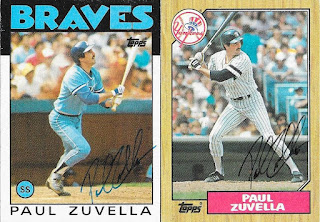 I mailed to Zuvella on February 27 and got the cards back on April 17, for a 49-day TAT.
Posted by William Regenthal at 6:30 AM