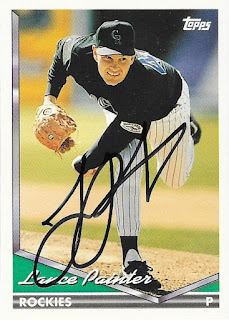 I added a couple other early Rockies cards to my collection when I received this TTM success back from former pitcher, Lance Painter.  I was able to get a 1994 Topps (above), 1993 Topps (below, left) and a 1993 Score Select (below, right) signed by Painter. 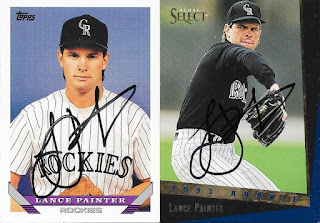 Each of the cards looks great.

Posted by William Regenthal at 4:05 PM