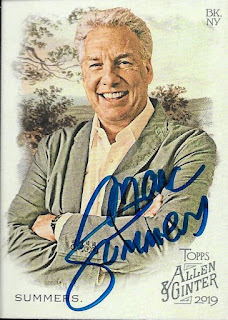 If you grew up in the 80s, then you saw Marc Summers on Double Dare on Nickelodeon all the time. That was such a fun game show to watch, and I always enjoyed it. When I pulled this card, and saw Summers signed ttm, I jumped at the chance to send to him. 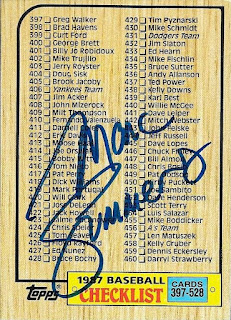 Of course, I added Summers to my 1987 Checklist signature roster, just because.

Since the show's cancellation, Summers has hosted various shows on Lifetime, The History Channel and back to Nickelodeon. He has seen several reiterations of Double Dare pop up, including a touring show that began last year.

I mailed to Summers on August 31 and got the cards back on September 14, for a 14-day TAT.

Posted by William Regenthal at 12:37 AM

Double Dare was so awesome to watch back then!