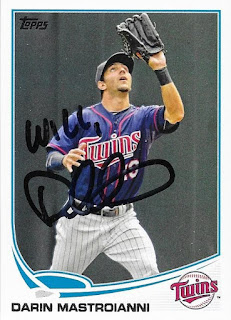 September's surprise TTM came in that Gerard had sent, and it was from Darin Mastroianni.  The card was a 2013 Topps and inscribed to me.

Posted by William Regenthal at 9:16 PM