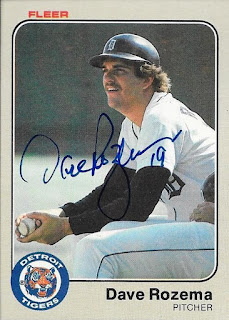 I got some 80s cards signed recently when I got this return from Dave Rozema.  I had his cards in my box for a while, and finally got around to getting them in the mail.  This 1983 Fleer turned out really well.  The box of old Fleer and Donruss is at the bottom of my stack of boxes, so it is tough to get into it at times.  I try to keep a rotation of boxes, but since I prefer Topps cards, I often forget about the older Fleer and Donruss that I have.  I need to make a habit of getting into that box a bit more often, I think. 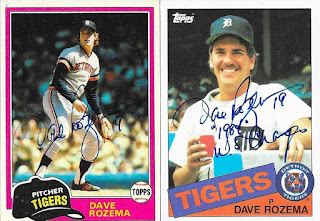