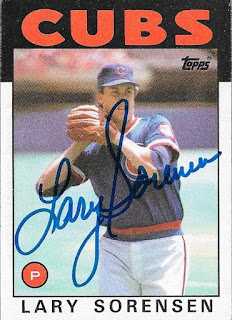 It took me a couple tries, but I finally got a TTM success from former pitcher, Lary Sorensen.  The original address that was listed for him came back RTS, so I had to search for another, and finally found one that worked.  It sucks, because the original address I had found was in my old hometown, which was kind of cool. 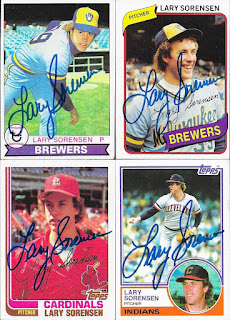 Still, I got 5 Topps cards signed, and they all look great.  Sorensen has a great signature, and I was able to move some cards out of my boxes.

I mailed to Sorensen on August 3 and got the cards back on August 24, for a 21-day TAT.