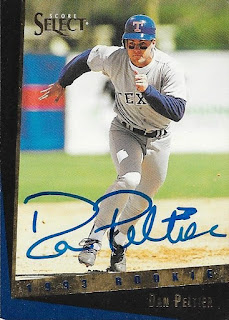 I got a couple nice cards back TTM from Dan Peltier, starting with this 1993 Score Select Rookies card.  I didn't have any of these signed yet, and I had found it in a box I had gotten from my LCS.  It turned out really well, I thought. 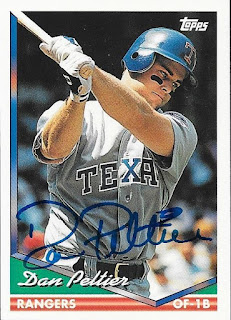 I also got this 1994 Topps signed.  I liked this set, but the complete set I had put together was almost completely bricked.  I separated most of it without any damage, but that was really disconcerting.

Posted by William Regenthal at 10:42 PM