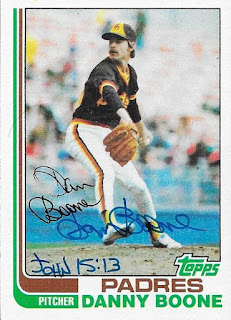 I had this 1982 Topps card of Danny Boone in my box to be sent for TTM for a long time.  I finally got around to sending the card when I realized Boone was in the 1991 Crown Orioles set, as well. 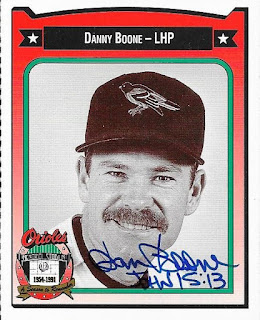 Both cards turned out great, and I added a guy to my album that I had no clue had been an Oriole.

I mailed to Boone on August 12 and got the cards back signed on August 19, for a 7-day TAT.

Posted by William Regenthal at 7:19 PM