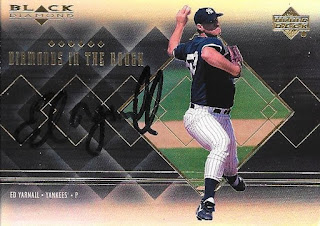 I got a bunch of cards out of my bargain boxes that I got from my LCS and sent them off for signatures.  One of the players I found at the time was Ed Yarnall.  He had a bunch of early 2000s Bowmans, so those were some cool cards to send off.  The above 1999 Upper Deck Black Diamond looks much better in person, by the way. 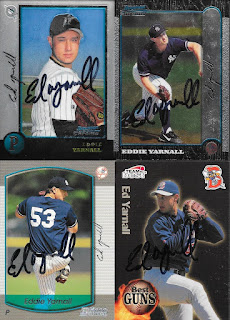 I mailed to Yarnall on August 31 and got the cards back on September 9, for a 9-day TAT.

Posted by William Regenthal at 9:22 PM